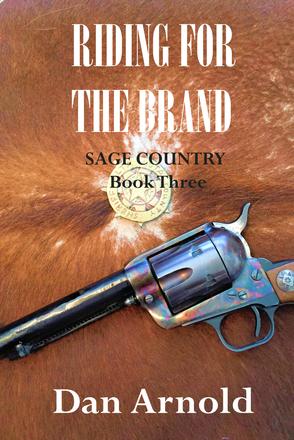 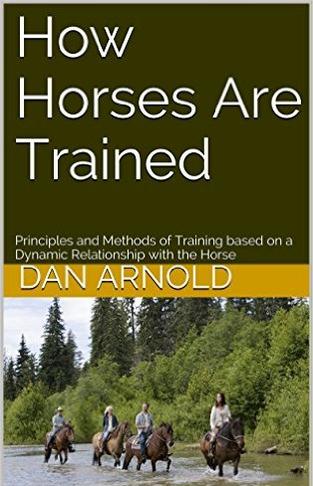 Books and E-books by Dan Arnold and Daniel Roland Banks

In response to a sacred vision, the half Comanche, half Cherokee warrior, Yellow Horse, returns to the Indian Territory from Texas to discuss his vision with the great Comanche war chief, Quanah Parker.
Yellow Horse is a man on the edge. He’s struggling to understand his place as a Comanche warrior in the rapidly changing times, and the white man’s world. He’s found some comfort scouting for his peoples’ long-time enemies, the Texas Rangers

To improve his beef holdings, Quanah needs a man to buy breeding stock and herd them to the reservation.
Yellow Horse has come in answer to his prayers.
He's surprised to learn that Quanah is no longer fighting the American government. He too is learning to think and speak like a white man.

In a time when native people are hated and feared, Yellow Horse sets out to find someone who will sell cattle to the Comanche, hire drovers, outfit a cattle drive, and deliver the herd to the Indian Territory. Before he can bring in the herd, he’ll have to confront rustlers and track down the outlaws who destroyed a small settlement. They’ve kidnapped the woman he loves, an army Colonel’s daughter.
They will show him no mercy.
None will be shown them. 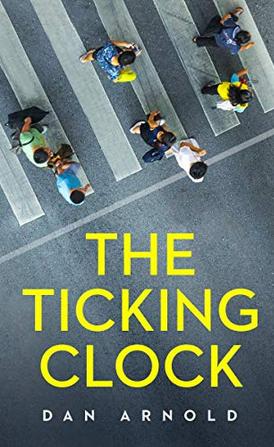 ~~When private detective John Wesley Tucker meets Hafsah Bashir, his world and his mission are turned inside out. Hafsah is searching for a missing family member and the fate of millions is hanging in the balance. John’s partner,Christine, faces changes that will alter her life forever. John and Christine must stop a group of domestic jihadists, capture a murderer, and together with Hafsah, track a predator possessed of savage cunning and incredible talent.

Whether enjoying a romantic picnic or searching for a killer in a seemingly empty machine shop in the dead of night, for Tucker it’s just another day in paradise, because John Wesley Tucker is neither an ordinary detective nor an ordinary man. Certainly there is more about him than meets the eye, but is he even human?

A detective mystery, a love story, and an exploration of current conflicting ideas and beliefs, filled with intrigue, action, betrayal and a distinctly spiritual twist. The Ticking Clock is contemporary, suspenseful, relevant and at times, violent. It may remind the reader of Robert B. Parker’s “Spencer” series, although the setting is in East Texas, offering a unique cultural point of view not often depicted. 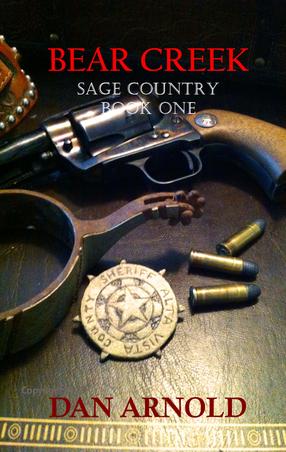 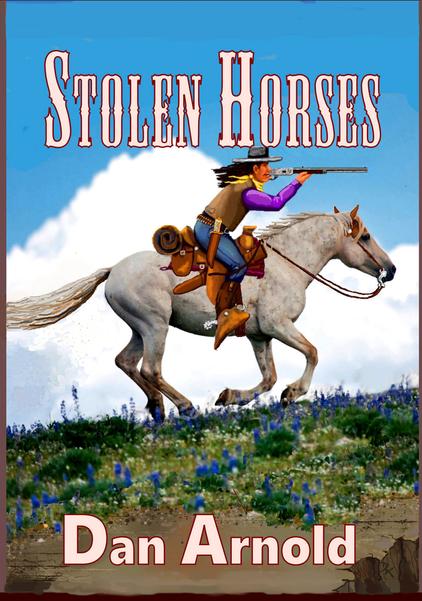 ​​This three book boxed set offers the e-book versions of the first three books in the  Sage Country series at a special price.

Available on B&N, Kobo, Google, IBooks, Amazon and most other platforms. 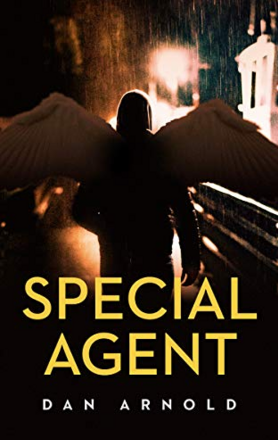 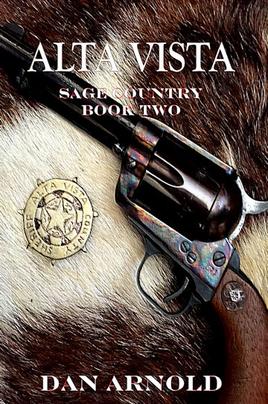 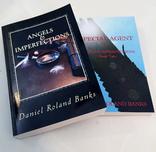 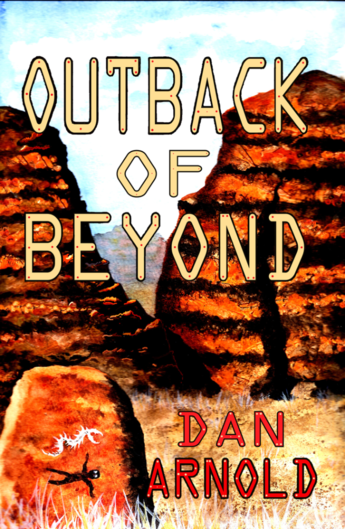 Within days of returning from California to the town of Bear Creek, Colorado, Sheriff John Everett Sage finds himself a married man with two children. In the company of both a professional bounty hunter and a preacher, Sage sets off on the trail of escaped prisoners. Together they walk into a room filled with men who would rather fight and die than be arrested. At home an old enemy is stalking his new family.

As John endeavors to bring the rule of law to the Front Range, friendships and commitments are tested. Old wounds will heal as new wounds are opened. He will succeed and he will fail. Even though the newspapers will probably get it wrong, as Colorado prepares to enter the twentieth century, John Everett Sage will become part of the legend of the west.

Death and destruction are threatening the borderlands.

After Texas won its independence, the Mexican people left stranded on the U.S. side of the Rio Grande continue to live as they have for centuries. Not even the Civil War and Reconstruction have changed their way of life.

Politics and greed are about to put an end to all that, even if it means murder.

Outraged at being treated like second class citizens, the Mexican people have a different outcome in mind. They outnumber the Anglo population by ten to one. If they are to be treated like dogs, it's time for the dogs to bite.

As blood flows on both sides of the conflict, an undercover Texas Ranger is sent into El Paso County to investigate.

In a region where life is cheap and crime and corruption are as common as dirt, can one man find a just solution and prevent a war, or will death and hell ride into the borderlands on a pale horse?

~~When private detective John Wesley Tucker is hired to locate and protect a young man forced into hiding after risking his life to defend a helpless woman, he finds himself once again stalked by evil.

Whether trying to avoid a firefight in the belly of an Arkansas, cyprus bayou, investigating the murder of an illegal immigrant, or contending with a federal agent,  John confronts the evil that dwells in the shadows of our lives. Certainly there is more about him than meets the eye, but is he even human?

​
When Charles Goodnight sends for the nearest Texas Rangers, Sergeant John Everett Sage knows the problem must be big. Six desperados stole eighteen head of Goodnight’s horses and killed his wrangler. The famous cattleman could handle it himself, but he’s trying to build a ranch. Tracking down the murderous horse thieves is a job for the Rangers.
Sage’s friend and scout, Yellow Horse, has just returned from the Indian Territory. Together, with a few men, they set out to track down the Murdock gang and return the stolen horses.
How far will a Texas Ranger go to recover stolen horses? How far will a Comanche warrior go to seek justice for the murder of a friend?
The outlaws are expecting them.

Set in Texas and parts of the Santa Fe Trail in the late 1870’s, this is a tale of endurance, justice and bringing the rule of law into a time and place not yet civilized. While this is a clean Western read, it will remind readers of Louis L'Amour, with a smattering of Elmore Leonard and a hint of Larry McMurtry. 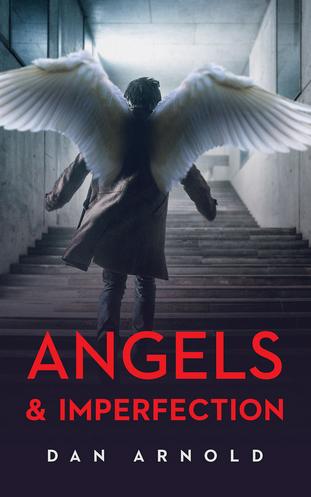 ~~When former Texas Ranger, John Everett Sage, steps off a train to stretch his legs he puts his foot into something that will change his life forever. Beginning as a witness to a cold blooded murder, John soon lands a job as a deputy town marshal. He encounters his long lost family-the travelers known as Romani. When the marshal is murdered, John is appointed as the new marshal of the town of Bear Creek, Colorado. John needs deputies, so he invites men he can trust, men he knew when he was a Ranger, including the half Comanche, half Cherokee tracker, Yellow Horse.

When an American anthropologist joins an archeological expedition researching a structure in a previously unexplored range of mountains in the Tanami Desert of Western Australia, they discover more than they ever dreamed or imagined.

Who will live and who will die in the land down under—out back of beyond? 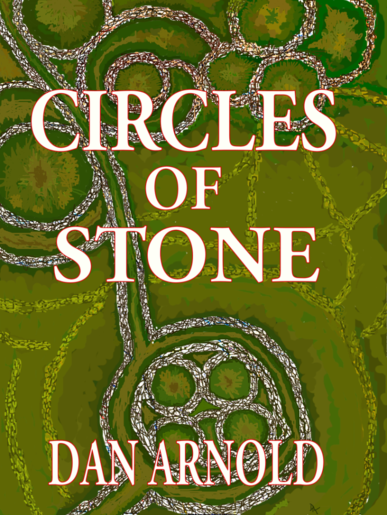 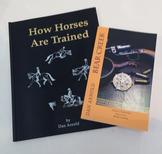 ​     In his ongoing quest for lost civilizations with the help of some highly skilled friends, American anthropologist, Dr. Jacob Walker, begins to research the strange stone walled circular structures scattered by the thousands across southeast Africa.

The South African government believes these circles of stone are just a bunch of old cattle kraals. The evidence suggests otherwise.

The work begins at the enigmatic site known as "Adam's Calendar". Is this just a natural stone outcropping, another unexplained megalithic site like Stonehenge, or is it the birthplace of humanity?

Could this region be the ancient realm of the Queen of Sheba or the location of King Solomon's mines?  Is there a connection to the strange stories about Nephilim and the lost kingdom of Atlantis? Why is someone interfering in their research? For Jake and his friends the answers could come at far too high a price.

Who will live and who will die among the mysterious—circles of stone?

Chosen as a 2015 finalist in the Reader's Favorites book awards contest.

~~When private detective John Wesley Tucker is hired to do a routine background check for an aspiring politician, he finds himself stalked by evil. East Texas is not the center of the known universe, and Tyler isn’t a major metropolis, but people are people wherever you find them. In his service to others Tucker is the target of a professional assassin. He follows the strange clues of a deranged man while seeking to find kidnapped children, and bring home a teenage girl lost to the mean streets of Dallas. He and those around him are drawn into a trap from which few will walk away.

John Wesley Tucker is neither an ordinary detective nor an ordinary man. There is more about Tucker than meets the eye, but is he even human?

A detective mystery, a thriller, and an exploration of current conflicting ideas and beliefs, with action, intrigue and a distinctly spiritual twist, ANGELS & IMPERFECTIONS is contemporary, suspenseful, relevant and at times, violent, offering a unique cultural point of view rarely depicted..

HOW HORSES ARE TRAINED

This fully illustrated non-fiction book is intended for anyone interested in how to train (or better train) horses-- any horse for any normal activity in which horses are used, whether working, riding, driving, or showing.

The book is great for beginners, enthusiasts or seasoned professionals. Books and e-books by Dan Arnold and Daniel Roland Banks

The approach is through establishing a healthy relationship between horses and humans, built upon trust and mutual respect.
The book is based on traditional principles first recorded in the writings of Xenophon, expanded through the riding schools of Europe, brought to America by the first horsemen on the continent, and learned by the author through a lifetime of study and application.

RIDING FOR THE BRAND

Bullet wounds leave puckered scars, if you live long enough for them to heal

At the end of the 19th Century, life is hard on the Front Range of the Rocky Mountains.
For John Everett Sage, it’s hard to stay alive. He’s a husband, a father, and a celebrated lawman committed to do justice, to love mercy and walk humbly with his God.
The scars of his past and the politics of the present have weakened his resolve and self-confidence. After a brief encounter with Bat Masterson, John rides off to investigate what became of the parents of the children he and his wife Lora have taken into their home.
Before he resumes his role as Sheriff of Alta Vista County, he’ll round up stolen livestock, confront thieves and murderers, and with the help of a famous old frontiersman, bring justice to another corner of his world.
Even though the newspapers will probably get it wrong, as Colorado prepares to enter the 20th Century, John Everett Sage will become part of the legend of the west. 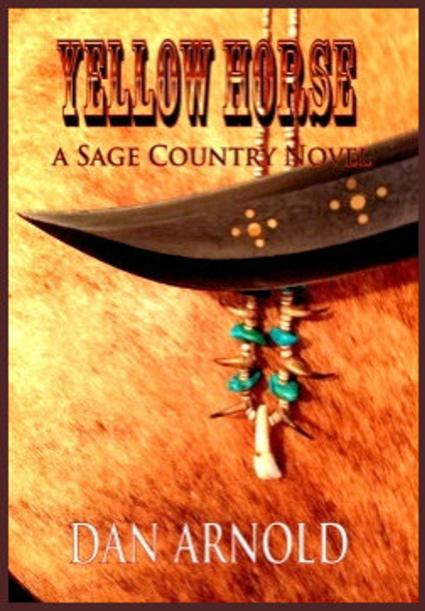 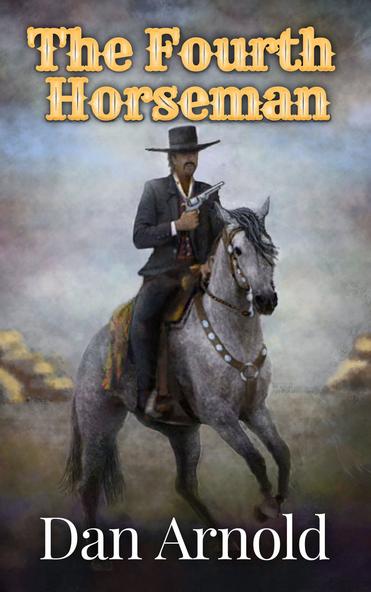 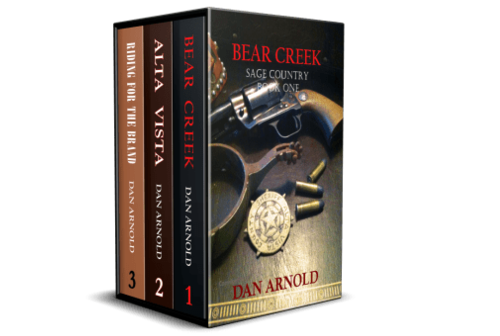