Riding For The Brand- 31 reviews

What people are saying (Reviews) 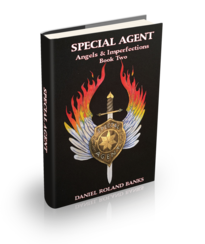 4.0 out of 5 stars Would have preferred less religiosity
By BBB June 28, 2015
Format: Kindle Edition
I have not read the first of the series, and this review is a stand-alone one without prior knowledge of the characters (although I'm starting to suspect that the main character is a Christian angel in human disguise).

John Wesley Tucker is a private investigator and owner of Tucker Investigations in Tyler, Texas. In the beginning of the book, he heads for Magnolia, Arkansas, to find and protect Diondro, a young man who is on a street-gang's hit-list for having saved one of their victims from being assaulted. Later, in the course of another investigation, Tucker stumbles upon a domestic terrorism plot by a Christian fundamentalist group, the Righteous Patriot’s Brigade (RPB), and finds himself smack in the middle of an FBI-organized operation.

I'm in two minds about this book. On the plus side, I found it to be very well-written and edited, apart from a few minor glitches - ex: "stand bye" instead of "stand by". I must mention three scenes in particular that are excellent - John Wesley Tucker's and Diondro's escape from would-be assassins in the bayou, the discussion of Reverend Jefferson's habit of appending 'Amen', 'Bless God', 'Bless the Lord', 'Hallelujah' in every sentence and why this seems odder than some people's habit of peppering swear words in everything (it was something I hadn't considered), and the FBI attack on the old farmhouse where the RPB are meeting.
​ 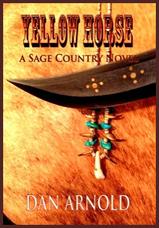 
I enjoyed reading Yellow Horse and hated whenever I had to put it down. Dan Arnold is an excellent storyteller and brings his characters to life as they struggle in this untamed territory. Dan Arnold's love for horses coincides with a time when horses were the main transportation, and though his novel isn't about horses, he includes the rare and beautiful Medicine Hat horses within his story. Dan Arnold writes his western theme novel similar to Zane Grey and Louis L'Amour, drawing the reader in quickly and introducing them to a world of danger. I relished the author's choice of topics and the discretion he used when writing about sensitive subjects.

5.0 of 5 stars                                                    Full of Suspense and Intrigue
By CCC  on April 15, 2017
Format: Paperback
The Ticking Clock: Angels and Imperfections (Book Three)  Daniel Ronald Banks writes the third book in his Christian fiction thriller series. Intertwining a terrorist plot stemming from East Texas, the stakes are high, with millions of lives in America threatened. The author has written a creative timeline of events, centering around Detective John Tucker that weaves various scenarios together, thus depicting some End Time happenings such as earthquakes, volcanic eruptions, the blood red moon, and solar flares causing possible electric magnetic pulses, that make this an exhilarating thriller, full of suspense and intrigue. Thought-provoking, the author calls out to others to recognize the times we live in.

Revealing a different battle, one that faces every human being on Earth, that is spiritual in nature, this book also takes on a fascinating twist, shedding light on man, God, Jesus, Satan and his fallen angels in this world. With fast-paced action, the author perfectly blends the elements of a thriller, a love story, betrayal, and an undercurrent of the Christian faith, that moves like a fast moving river, sucking everything in. Fate collides with reality, intrigue and threats of terrorism set the clock that is ticking and edge-of-your-seat drama that unfolds with surprising twists, giving understanding of human existence and purpose upon Earth.

Detective John Tucker is hired by a higher source to prevent what is deemed a massive threat that has proven to be viable, endangering possibly millions and beginning with the mysterious disappearance of Rosie Ferguson on her 18th birthday. Detective Tucker is quickly hired by Rosie’s parents who are desperately seeking to find her.

John also comes in contact with Hafsah Bashir, a beautiful Mid-Eastern woman. Sub-plots and twists develop, as the author creates each character, giving the story a sense of motion and reality. Engaging, this book delves into the deep darkness lurking behind the scenes – offering explanations through intriguing and intense chapters. Readers are led through a forest of possibilities to a climatic conclusion – Shedding light on the predatory nature of wolves, the purpose of Shepherds amongst the flock and The Good Shepard (Jesus).

Coupled with underlying innuendos that are eerily prophetic (some of them happening now), this book is a highly recommended read for its genre that is relevant and contemporary, involving many elements of the Christian faith that helps readers understand the real battle for their souls – that we either serve the darkness or the light in this world, offering an understanding of Jesus’ salvation and redemption.

4.0 out of 5 stars                                          Surprising two-track of good and evil
By AAA December 5, 2016
Format: Kindle Edition|Verified Purchase
A mix of Christian apologetics and human depravity which, oddly enough, balance out rather well. As with other of his books, continues to present the issue of when, how and even whether violence is compatible with the Christian life. In spite of the Christian world view, the plot is robust, tense and fully satisfying in its own right as well. All in all, I think most folks might well be surprised at the solidity of both type of content.

5.0 out of 5 stars                                  THE OLD WEST COMING INTO THE NEW
By YYY RATED on March 21, 2016
Format: Kindle Edition|Verified Purchase
SECOND IN SERIES: Fascinating and action packed read. Trying to enforce the law of man, often requires cunning and a quick deadly draw. Times are a'changing in Sage Country where Marshall Sage is seeing it through growth and modernization. Electricity and phones are heard of and will be coming soon; the sidewalks are now stone and roads laid with brick. Outlaw criminals abound, wanted "Dead or Alive." The new frontiers have evolved, some more successfully than others where crooked Sheriff's rule and are paid for by greedy land barons. HELL of a ride with bullets flying, outlaws and hired guns making fortunes in contract killings. Welcome to Marshall Sage's county, where he courageously enforces the law and never runs from a gunfight in the name of all that's just! Highly recommend reading in order of this series. Well developed characters, detailed description of settings and events that make you feel like your there; smack dab in Colorado and the modernization about to take place. Anxiously awaiting more adventures!! BRAVO & MORE!
​

​5.0 out of 5 stars                            A great story!
By XXX on July 18, 2017
Format: Kindle Edition|Verified Purchase
Bear Creek was a free book on Kindle, and Mr. Arnold hooked me like a hungry bass! Bear Creek is a classic western that moves along well with great characters, that you can care about and cheer for; or hate. The story has enough twists and turns to keep you interested. Mr. Arnold writes like he and you are there at the time of the story. He uses the vernacular of the times, so you have no problem " being there". I loved the story enough to buy the next two installments! Beware of Mr. Arnold, his writing is quite addicting.